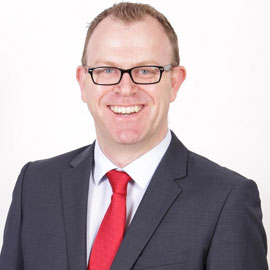 Craig Spence is a multi-award winning communicator who has more than 15 years of experience working in PR and communications in the sports industry.

He joined the International Paralympic Committee (IPC) in September 2010 and has overseen the Paralympic Movement’s biggest growth spurt in terms of media coverage and awareness.

As IPC Director of Media and Communications he is responsible for all media relations, press office, crisis management, online and social media functions for the global governing body of the Paralympic Movement. He also acts as the IPC’s official spokesperson, acts as advisor to the IPC President and oversees a full-time team of 10 people.

During his time at the IPC, he has worked on three Paralympic Games and multiple World and regional Championships. He has also built relationships with global media and broadcasters, Organising Committees, partners and other key stakeholders.

His work has helped reposition Paralympic sport as high performance sport, whilst the Paralympics are now regarded as the world’s number one sport event for driving social inclusion.