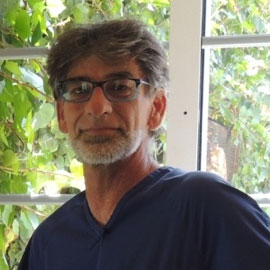 In 1977 Miguel A Lindoso started his professional career as an international athlete in the 800 and 1500 metres obtaining the titles of Spanish champion from the infant category right through until the 1st year of highest category and in 1978 he obtained the World championship title (The ISF Games) in the 1500 metres straight.

Once concluded his sporting career as an International Athlete in 1986, he started his professional trajectory as Physical Trainer and Osteotherapist in the Tenis professional services (SPT) in Madrid, being responsible for these two departments until 1990.

It is since then that he settled in the Island of Fuerteventura and created the Sports Physiological Recuperation Centre in the Riu Palace Tres Islas Hotel in Corralejo in the North of the island.

After 17 years of activity , in 2007, he decided to create the Health and Sports Centre «CDS» in La Oliva , Fuerteventura, Canary Islands. The experience acquired in the CSD, with more than 80.000 therapies realised, he reaffirms the Osteopathic principals: All the human bodies systems are relationed directly with each other, as a consequence, the disfunction of one of these systems can affect the other systems. Their global treatment is a result of and exhaustive functional valoration , skeletol musculor system, visceral and emotional state , that relations the totality of its structure.

In 2015, Miguel Lindoso continues to innovate. With his vast experience in Biomecanics and his 40 years in the world of sport, he has created a revolutionary worldwide system, the «Drysurf Training System»